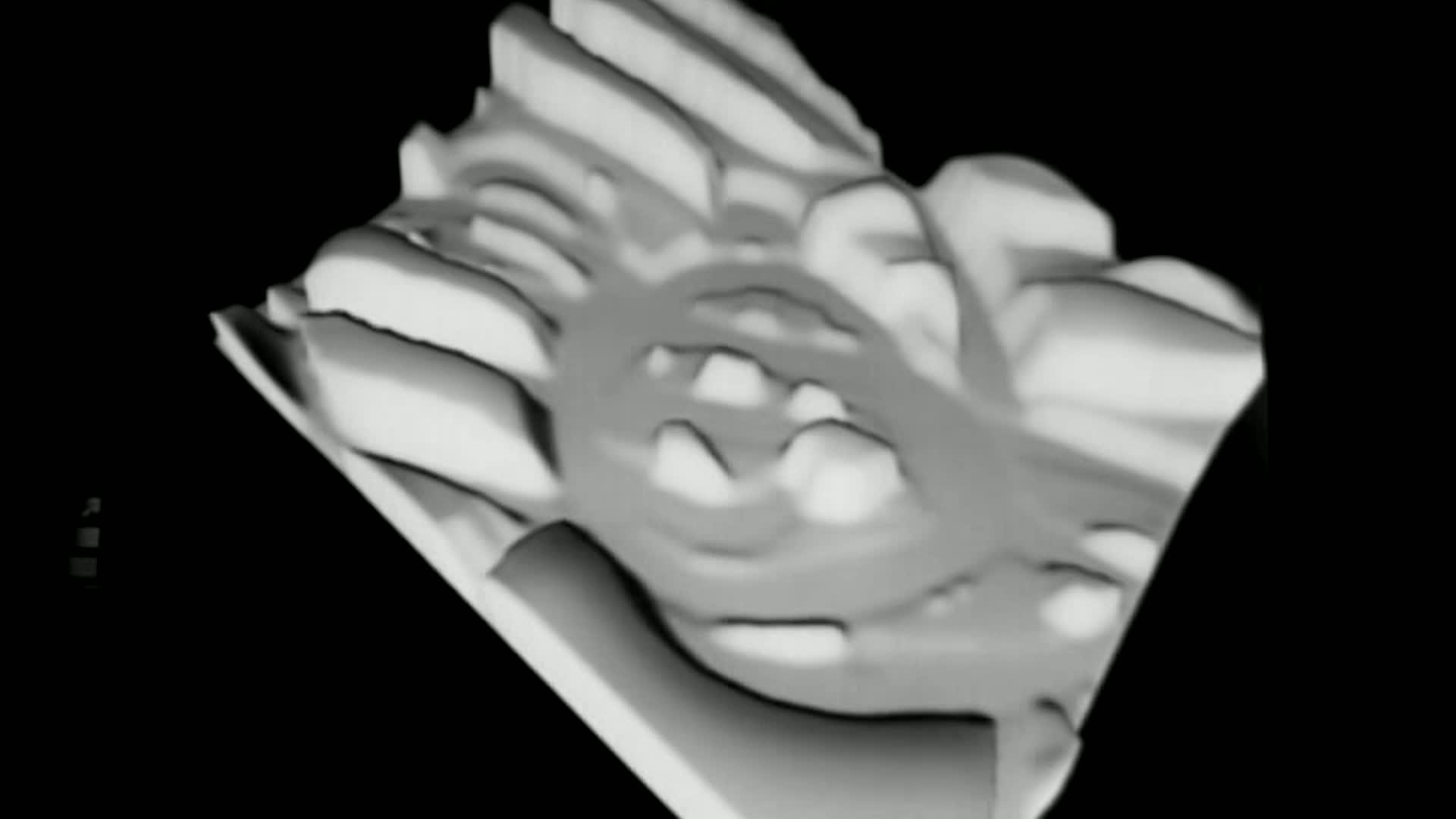 SUB_TRAKT is an interactive installation by Anne Niemetz and Holger Förterer, developed in 2002.

A space inside or close to a building is observed by a camera from above. Movements of people inside the observed space create acoustic responses on a four-channel sound system that is installed above the space. Every object creates a sound structure that changes according to size, speed and distance of the objects to one another.

In a separate space, a continuative and more complex interpretation of the captured movements is performed. An image of a three-dimensional cuboid is projected that matches the space observed by the camera. Movements of people inside the observation space cut into the virtual matter of the cuboid and leave traces that slowly fill up again. The relation of positive, filled, and negative, empty, space is thus reversed in this time lapse sculpture.

The slowly evolving surround sound that accompanies the sculptural projection depends on the structure of the virtual matter. Relevant parameters for sound generation are the respective base areas of the elevations, the average height of the lanes as well as the volume's development over time.

To determine if and how the installation would change the behavior of the people, the motion patterns of every day were cartographed for two weeks: one week before and one week during the interactive presentation. Above you can see some of these motion maps in which the paths of people were rendered as if painted with thin layers of white transparent ink. High brightness in a region meens a lot of motion has occurred there.

The images have a certain logic. The left map was recorded in the week before the presentation. During this week, you could for example see if it had been raining on a certain day so that more people took the detour from the parking lot through the building instead of walking through bad weather. You could also clearly see the movement patterns changing during special events like a student assembly (central picture, lower left) or the afterhour (picture on the right).