Staged in 2008, the revival of Robert Lepage‘s La Damnation de Faust at the Metropolitan Opera in New York relies on the extensive use of video and interactive content. To bring Hector Berlioz‘ “dramatic legend” to life, video artist Boris Firquet and I worked closely with Lepage. We wanted to come up with an innovative and magical version of this romantic Faust.

Many scenes of the Damnation contain audiovisual interactivity. When Faust contemplates the renewal of nature at the beginning of the opera, the orchestra sound controls a flock of birds. When the orchestra sound swells up, the birds fly closer, when it subsides, they retreat further back. The inner structure of the flock is determined by some leading birds that each follow the pitch of a melodic line within the music. 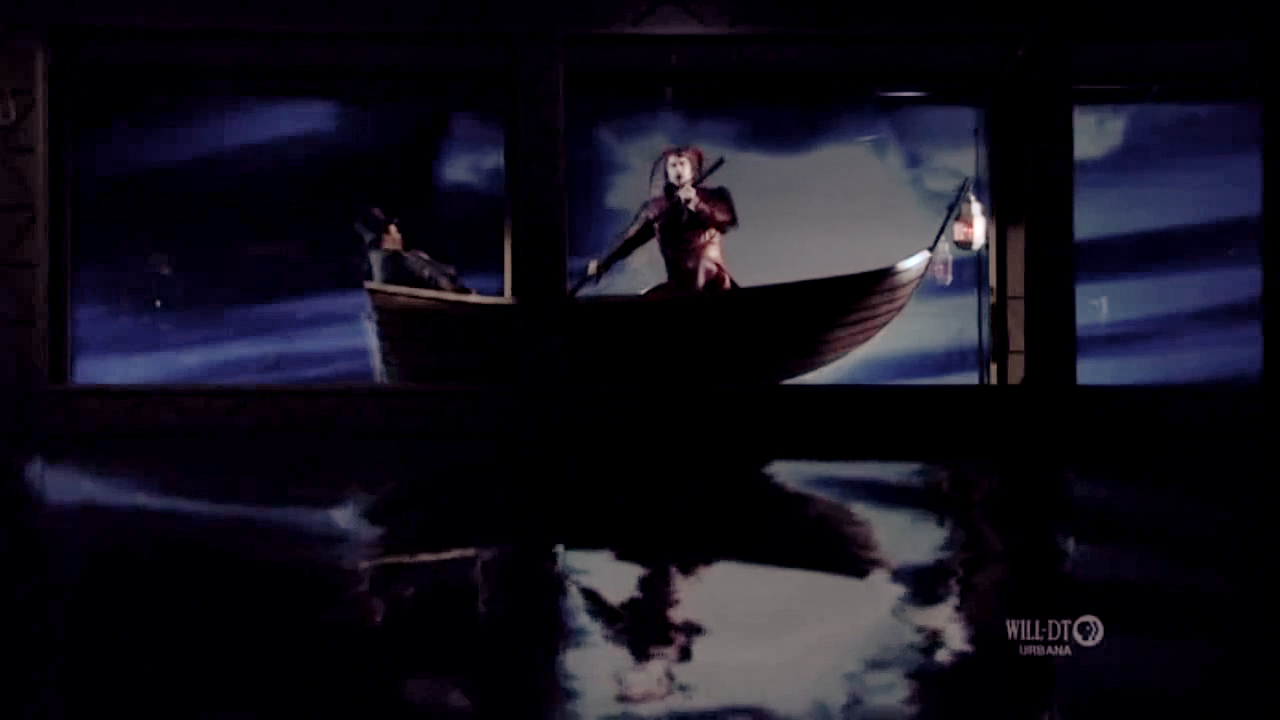 Faust and Mephisto on a simulated river Elbe

A lot of visuals were completely reworked for the Met. When Faust and Mephistopheles travel the river Elbe, I capture Boris Firquet’s night sky and the boat with both singers by an HD camera. Then I simulate their reflection on the water by software and project it onto the lower half of the set. This way, the boat appears to actually run on the river. Other interactive scenes include simulations of candles, curtains, plants and fire, all blending with Boris Firquet's videos.

The use of interactivity allows the orchestra to play at an independent pace and all performers can move about freely. While the general structure of the projections is cued and follows a control desk, a fine-grained freedom of actions within a scene becomes possible though interaction. So the technology follows the performer and not vice versa.

This tight coupling of performer and virtual set also allows for a greater immersion of the audience into the story's environment. When you look at the media today – it’s often about getting lost in the moment. And while that can be quite a beautiful experience by itself, I think it’s very close to the story, and downfall, of Faust.