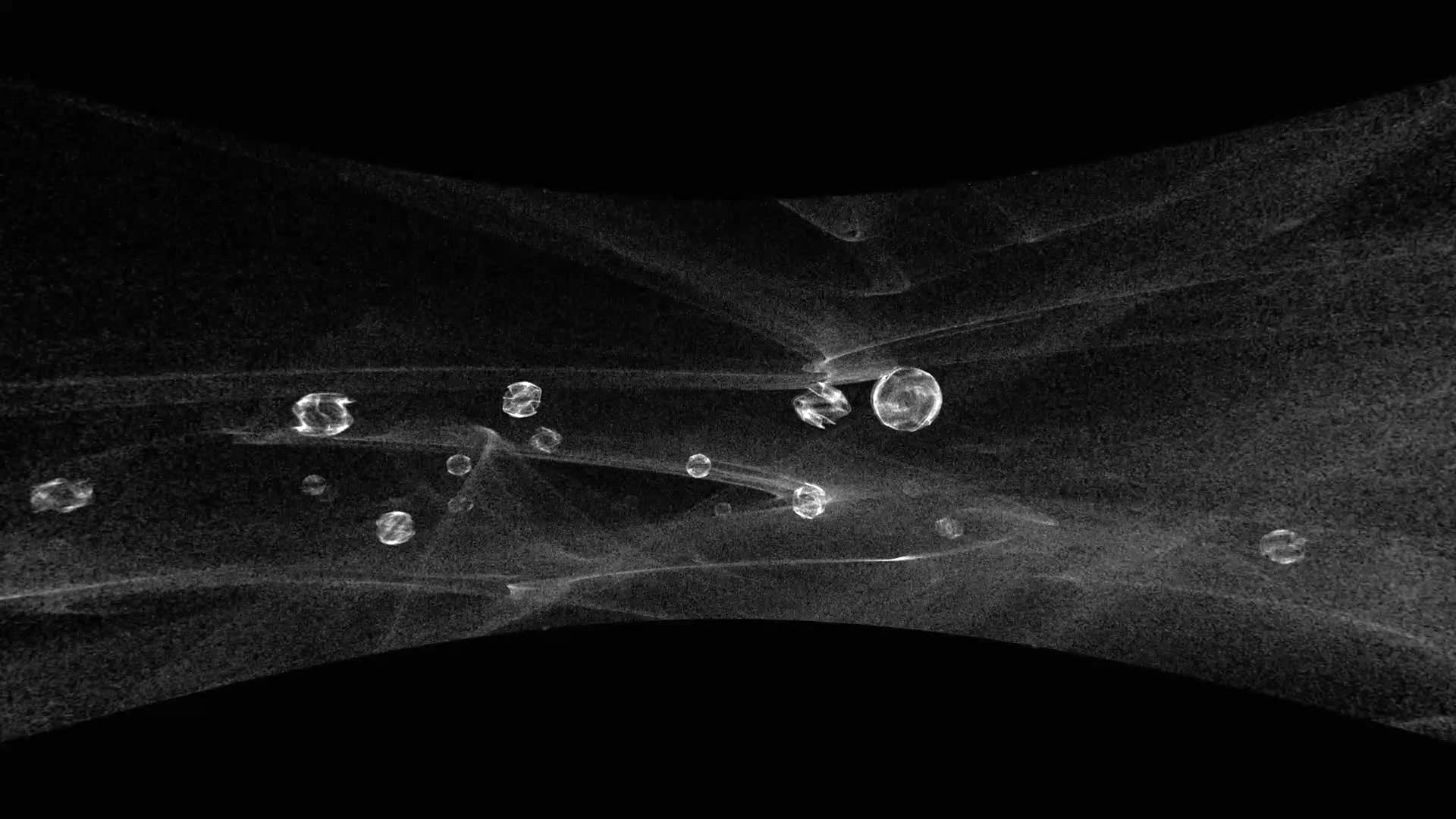 Simulation of the installation – please watch in HD using headphones.

In the work Sea of Tranquility / Meer der Ruhe the observer submerges in a sea of speech. Fragments of radio messages from the Apollo 11 mission, the first manned flight to the moon, alter multidimensional fractal point clouds that surround and fly past the observer.

Using three-dimensional panoramic projection and sound calculations, the sound sources seem to float in the midst of space. The nebulas in the background are based on the same mathematics as the aviating, sphere shaped clouds of speech. Thus large and small scale, inside and outside view, share the same origin.

The initial installation was developed for the ZKM PanoramaLabor using Bernd Lintermanns video software to playback the algorithmic images and sounds generated by Holger Förterer. Apollo 11 samples were provided by Jim Kaelin. The work was exhibited during the 3D festival Beyond in 2011. Thank you to Derek Hauffen and Silke Sutter for their great support. Dieter Sellin and Achim Göbel provided substantial help regarding the development audio equipment and finally thanks to Insa Foce for enduring my delve into fractal space.

Some of the screenshots below are stereoscopic. In the installation we used polarizing filters.

Images from Beyond 3D festival 2011